A model for the long-term atmospheric circulation closest to the equator (the Hadley cell), proposed by Lorenz [1] in 1984, is given by:

I really like this sort of pragmatic physics - i.e. simple low order models which still retain the importance of what's actually going on in Nature. What amazes me also is how easy / quick it is to sketch out how to patch these up on the analog computer: 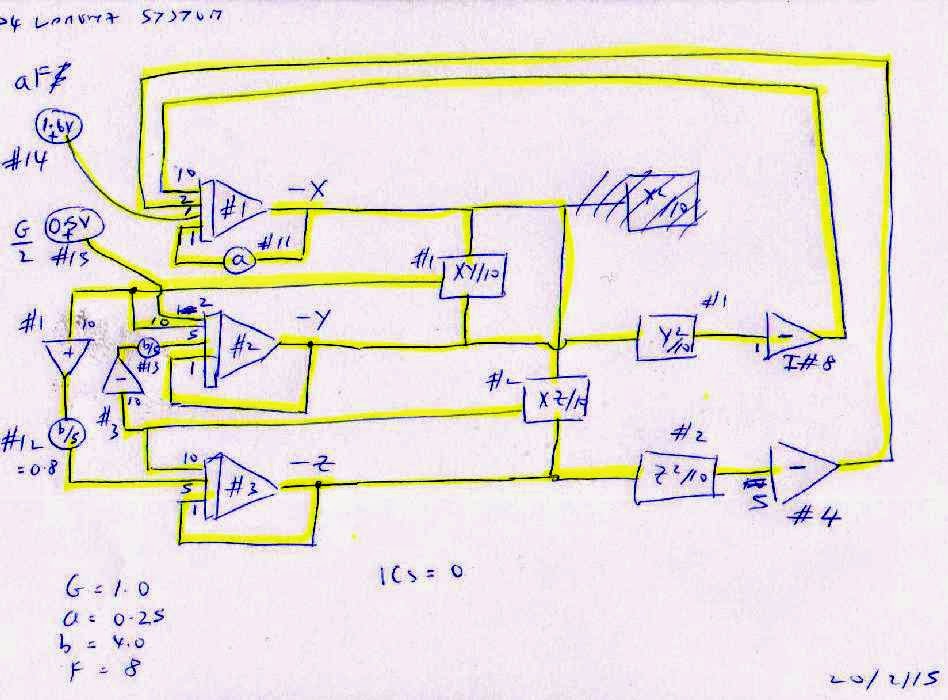 Adopting a = 0.25, b = 4.0, F = 8.0 and G = 1.0 (as used by Lorenz in reference [1]), yields the following attractors. These show nice agreement with those given in [2]:
The following plots show the variations of x, y and z as per reference [1], Figure 5. It seems that the initial conditions used by Lorenz are different to mine (I start off with x = y = z = 0); unfortunately I do not know what Lorenz used as initial conditions - the left hand side of his Figure 5 suggests values other than zero. Interestingly, my x, y and z build up into what seems to be Lorenz's values after a period of time - represented by the right hand vertical bar below:
The braced regions look similar - about 72 days of Figure 5 corresponding to 14.5 ms of the oscilloscope plots.

Finally, I had a go at producing a plot of where the attractor intersects the y = 0 plane. To do this I connected the output of the integrator which dealt with the 2nd (i.e. dy/dt) equation to one of the two x = y functions on the computer. If x = y then the scope's z-axis is given -10 V else it gets +10 V. On the Tektronix 465 the latter decreases the intensity of the beam, the former brightens it. The result was pretty impressive - and compares nicely with Figure 7 of reference [1]. The distinctive (Cantor-set) gaps between 'fingers' is evident.
(The scope's brightness is not truly on / off - hence some 'ghost' lines showing through.) Nice that I pick up (some of) the more solid (brighter) regions around z = 1, x = 0.5 V.

Here's what the computer looked like for this problem (note sides / back still need fitting): 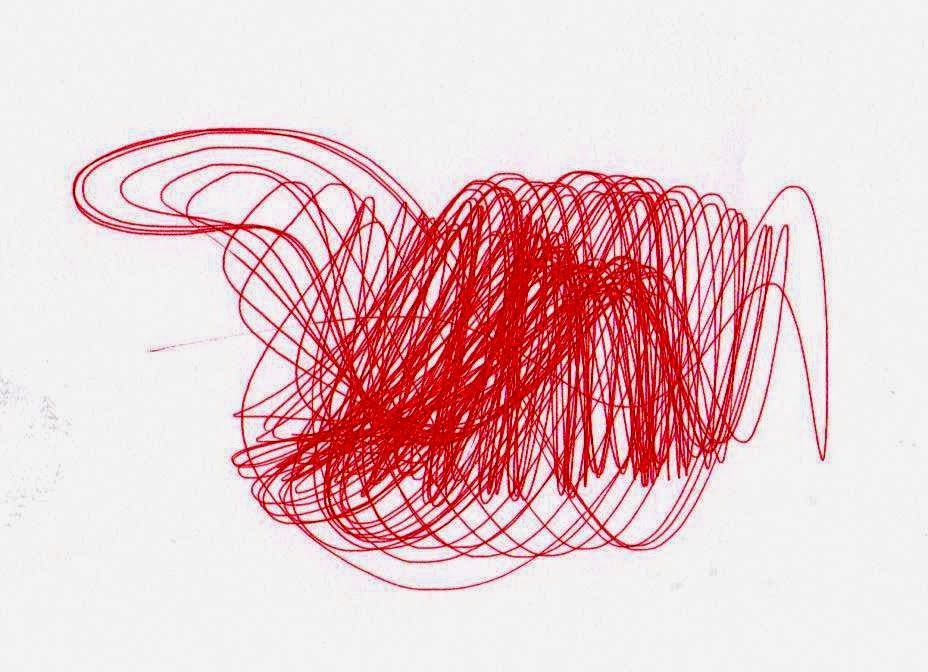 Peter McNair
I like an Ethiopian Yirgacheffe coffee - (current favorite is the Kebel Konga)(e.g. Monmouth Coffee Company), with a cheese straw or cheese scone. I have trouble understanding why some people cling to the notion that the world is Newtonian - it isn't; it'd be a dull place indeed if it were.